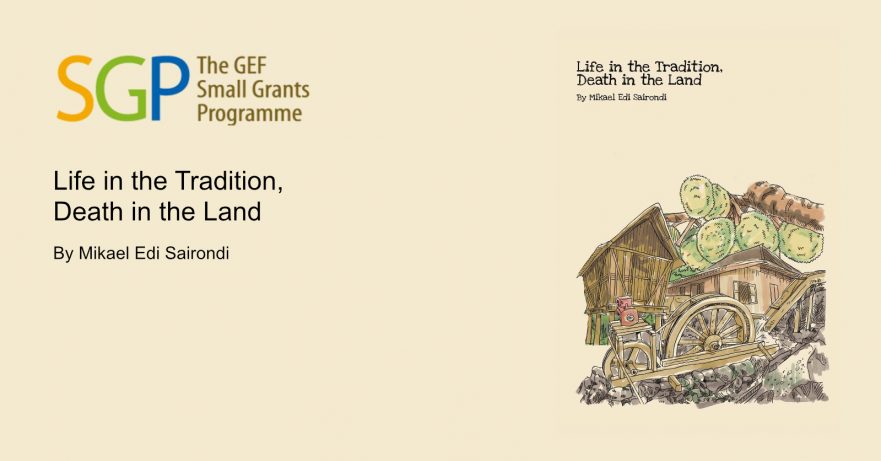 Throughout their history the people of Sebadak Raya have never clashed with the neighboring village, Pangkalan Suka. More over, the two villages were once united as one family. However since the entry of a palm oil company into the area two years ago. there has been a feud between the two villages up till now. In the past the ancestors of the two villages lived together in Kebuai Hamlet. The traditional chief was then known as Demung, while the highest traditional leader was called Manlir. The struggle for Mantir position in 1943 was the reason for the division into two villages which are now having the feud. At that time, the two sons of the traditional chief, namely Rongas the eldest one and Songat the younger one, both wanted to succeed his father in leading the Kebuai Hamlet.

In the election. Rongas was elected as Mantir. His brother would not accept defeat and then led his family and all his followers to move to Tanjung Penjaluran which was located about 23 kilometers from Kebuai. In the new place, they multiplied and formed a new settlement called Sukamaju. In 1975 the settlement changed its name to Pangkalan Suka Village, while Kebuai Hamlet changed its name to Sebedak Raya Village.