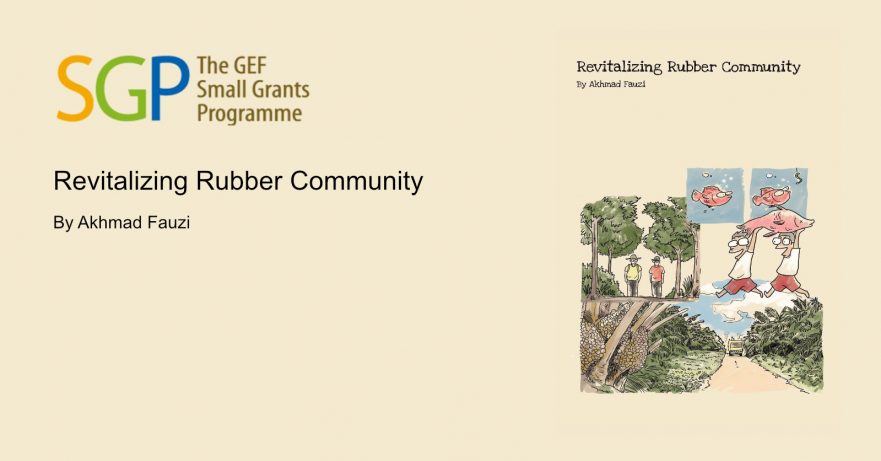 One middle-aged lady playfully held the knife with a hooked tip. Just like an accomplished dancer, she swirled around and nicked the trunk of rubber trees along her path. While, occasionally, blew her cigarette’s smoke into the air

Ihe lady’s name is Mrs. Monon. She is a rubber tapper living in the village of Tempayung. The village is located in Kotawaringin Lama District, Kotawaringin Barat Regency, Central Kalimantan. Tempayung village is remote and secluded, bordered by the Lamandau River Reserve (SMSL) and surrounded by palm oil plantations To reach this village, it takes about four hours drive from Pangkalan Bun, the capital of West Kotawaringin, using speedboat followed by an ojek (motorcycle taxi).